Bear in 10 languages for your daily dose of language learning. 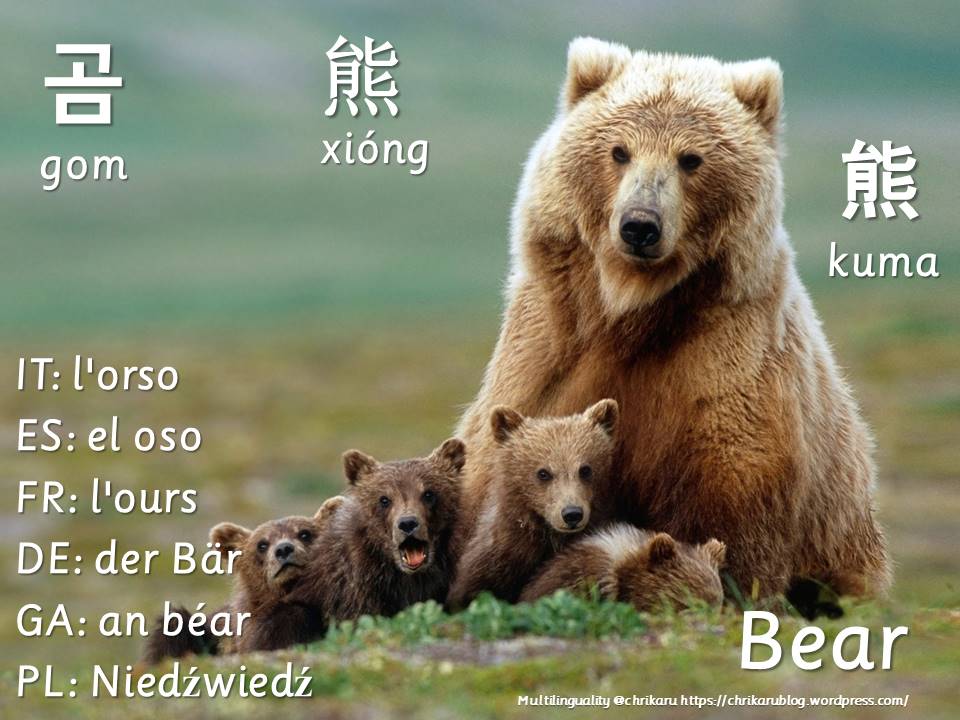 There are eight species of bear in the world and they are found in every continent except Australia and Antarctica. Polar bears are carnivorous and pandas feed almost exclusively on bamboo (eggs or birds if they literally fall into their laps!), but most species are omnivorous. They tend to be solitary unless they are courting or raising young. They can run, climb and swim, making their homes in logs or caves where they will hibernate for up to 100 days.

When visiting Galway a few years ago (west coast of Ireland) I saw a site in an underground cave system where brown bears once hibernated. I was curious to find out more so looked them up in the internet and discovered that both brown bears and polar bears lived in Ireland and interbred with each other, between the last two glaciations. 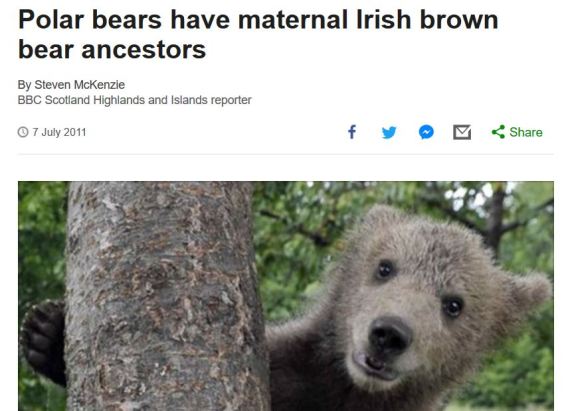 See these two articles for more information: Extinction of the brown bear in Ireland and Polar bears have maternal Irish brown bear ancestors.

Only two fragments of bear skeletons have been found on mainland Britain, in Scotland, so it does not seem that they were as widely spread in England, Wales and Scotland as they were in Ireland.

Bears have been hunted and revered throughout human history and feature in lots of folklore.

How cool is it that today’s polar bears are descended from now-extinct Irish brown bears?

What do you think? Did you learn some new facts about bears today?

How is your language learning going?