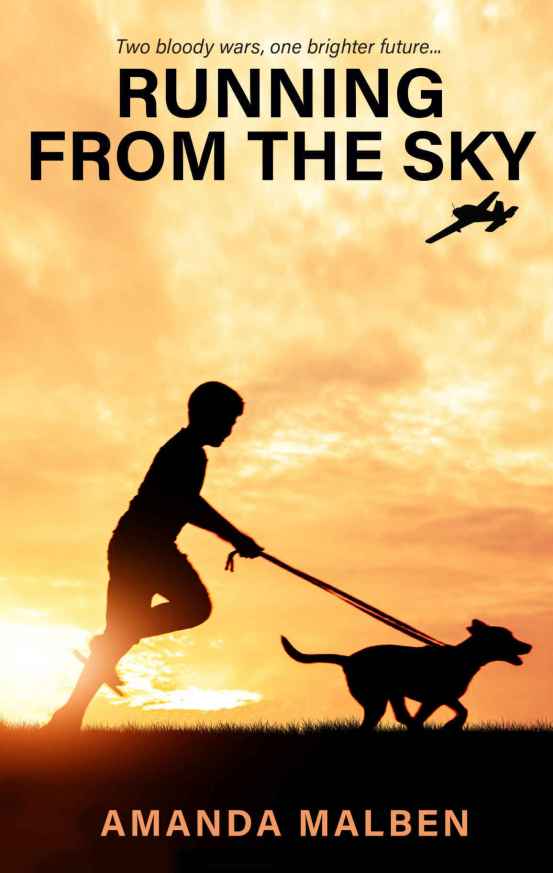 Running from the Sky

Three years into the civil war that has turned his country upside down, Sami’s home village in Syria is hit by a deadly bomb attack and he is forced to leave behind everything he knows and loves. Eventually, Sami and his family are given refuge in Coventry, England, but city life is hard to adjust to. It’s grey and cold and there are no fields to play in or animals to tend. Worse still, Sami worries about the fate of his uncle and cousins back in Syria and struggles to make new friends. In a bid to take his mind off his homesickness, Sami is introduced to Harry Adams, one of the elderly residents at the care home where his mum works. Although wary of one another at first, the pair gradually form a bond, as Harry tells Sami the story of the unusually named Splen and his dog Bobby, who lived through the Second World War and the infamous Coventry Blitz. As Sami discovers more about Splen and his dramatic escape from the horrors of conflict, the two unlikely friends make peace with their troubled pasts and forge a new sense of hope for the future.

Lying huddled in Papa’s coat on the cold, hard ground, Sami looked up at the night sky. In the hell that was now his life, how could it be possible that something so beautiful continued to survive? He would fly up to the stars if he could and live on one of those bright, sparkling jewels, looking down on this heartless world – if only that were possible.

First impressions: As soon as I read the blurb I wanted to read this. Not only is it very topical considering that the number of people displaced by war around the world is at a record high of around 68.5 million people (as reported by the UN), but one of the main characters is an old man, now living in a nursing home. Having volunteered for years to visit a local nursing home with my dog for a chat, I have an enduring respect for the kindness and knowledge that the older members of our society have. I did approach the story with a little caution though because it sounded a bit like it would make me cry…

The story starts with Sami, as bombs begin to fall around his home and his family survives through a trick of fate. Others close to them are not so lucky and Sami is in a state of shock as he deals with the loss of loved ones and his home, as well as the confusion and cold treatment encountered on the way to safety. Yet, even though he is now safe, he cannot forget those who lost their lives and England is so different to his home country that he despairs of ever fitting in. Enter Nurse Bridget, who decides that exactly what Sami and nursing-home-resident Mr Adams need, is each other.

So begins a relationship involving shared heartbreak and smuggled jellybabies, through which each person grows and heals as they get to know each other better.

This is a beautiful read!

Despite their difference in age, despite their diverse worlds, and despite the fact they felt nobody else could see the colours, feel the motions or hear the sounds of their nightmares, together they could sense the ghosts.

Man and boy were seeing, feeling and hearing in unison.

They were walking together through a memory.

What I liked: All of the characters are so warm and realistic: Harry and his gruff exterior, Sami trying to make sense of his new life, his parents doing their best to adjust to life in a new country, Nurse Bridget for supporting the family to make connections. I think both Harry’s and Sami’s stories are ones that need to be told and are important for today’s readers. I liked the way the past unfolded through Harry’s tales of Splen. It was also nice to see a book set in Coventry, rather than London!

Even better if: I feel like Sami’s voice would have been more effective if it were written in first person, particularly as his childish interpretation of events might be different to that which we understand as an adult reader. For example, in ‘Once’ our heart breaks for Felix as he doesn’t understand some of what he sees. He is so innocent that it makes the atrocities he witnesses even more upsetting.

How you could use it in your classroom: This could be used to prompt discussions about war, peace, revolution and refugees, particularly as this topic is in the news so much at the moment. It could also be interesting to look at the impact of previous wars and how both Sami and Splen lost their homes because of decisions made by powerful people; it is the ordinary people who pay the price every time. It would also be lovely to use this story as a prompt for action e.g. visit your local nursing home and listen to some of the many stories that the residents will have to tell. I promise, both children and adults will enjoy it once they get chatting!

Don’t miss the other stops on this blog tour (including an author interview here on Thursday)!

Wrong Side of Forty

While you’re here, why not check out my reviews of Shelter, Violet, Shadow Weaver, The Circus or The Hazel Wood?