So I decided to try something a bit different!

Alongside moving into a house that needs a lot of updating so learning a lot about home improvement, my boyfriend and I have been trying out lots of handicrafts. He has been crocheting and painting models while I have been experimenting with painting, beadwork and papercraft (getting back into origami and creating art from books).

Recently I spotted these adorable peg dolls on ShrimpSaladCircus (after going down the rabbit hole on Pinterest) and decided, on a whim to try out making some of my own. The tutorial didn’t make them look too difficult and the only things I needed that I didn’t already own was the base wooden peg dolls.

So how did I get on? 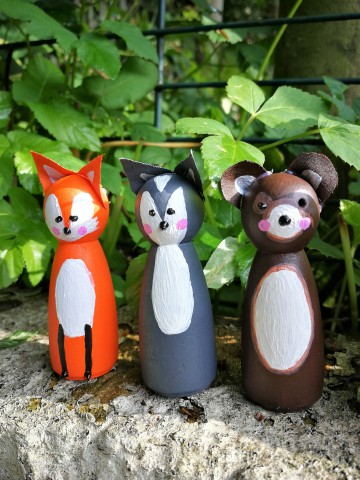 Well, I made them and I’m pretty happy with how they turned out, but they took me a lot longer than the tutorial suggested!

I am the kind of person who looks at a recipe, then doesn’t follow it to the letter. I also did this while making these adorable DIY peg dolls and let’s just say that some of those decisions worked out while others didn’t!

First of all, if you would like to make these adorable peg doll animals, you will need:

The tutorial suggests starting by drawing the shapes on the animal’s faces and stomachs onto the peg doll. This was the first of my many deviations from the tutorial as I decided to give them all a base coat in the main colour. After one coat I felt that the colour wasn’t strong enough and the coverage wasn’t even enough, so I let them dry and added a second coat.

(See after the first and second coats below – apologies for the quality of the photos as this project was mostly completed in the evening when the light was awful!) 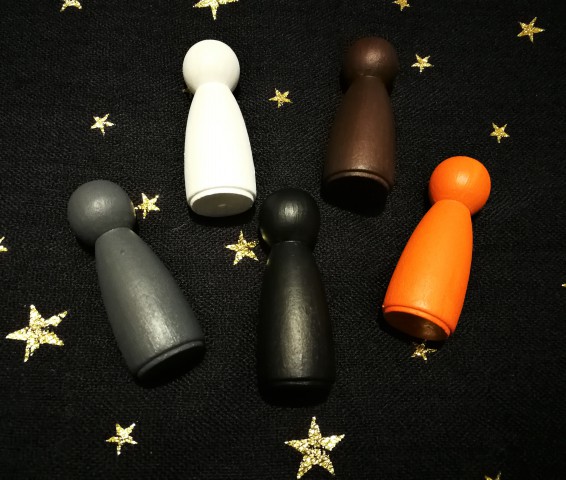 In hindsight, I should have definitely left the stomach area without this base coat, as it then mean that I had to do two-three coats of the paler colour to get it looking fully opaque.

After drying, I added the stomach and face area, then let them dry and did a second coat. I then added the 3D paint for the eyes and nose, let them dry overnight and added a second bit to make it even more 3D.

By this stage I could see the animals starting to come together, but was becoming slightly concerned that my freehand painting did not seem to be symmetrical at all! 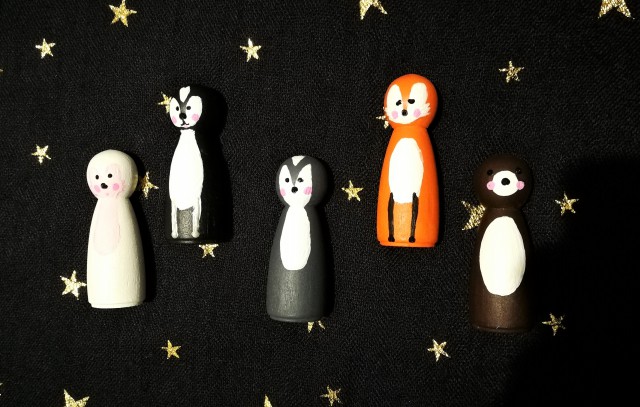 I cut the ear shapes out of the old shirt, feeling a bit worried that the fabric might not be thick or stiff enough to stand up. Luckily, after a coat of paint on each side, the fabric became a little stiffer and I am happy with how they eventually came out. 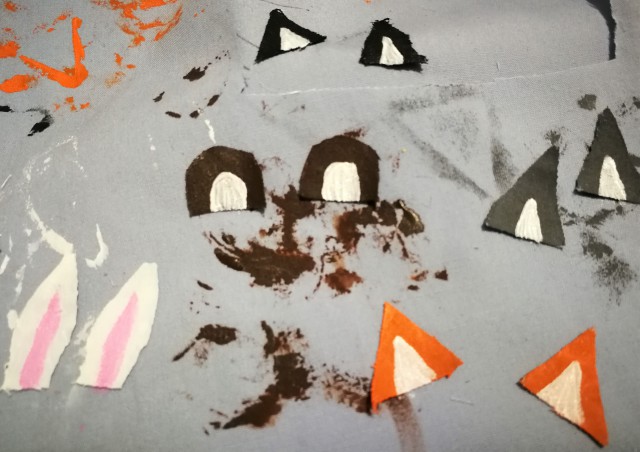 Finally for the painting, I added some detail to the faces and bodies (rosy cheeks, legs, etc) and a bit of 3D paint for the feet.

Then it was time to add the ears, a process which was surprisingly difficult at first as the glue dries so quickly that you need to be ready with your positioning and I felt as if I needed another set of hands. If you have a clamp to hold the peg doll in while adding the ears, or a willing assistant, this step could be made much easier.

So, there we go – peg doll animals completed! 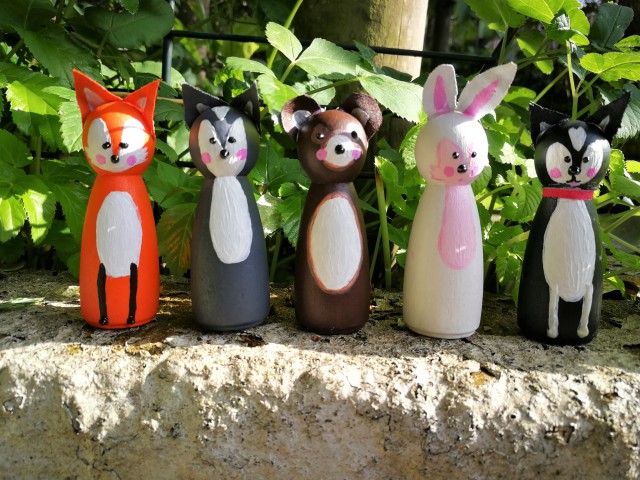 Now, the big question is, can you tell which animals they are supposed to be?

My intention was to create (from left to right) a fox, wolf, bear, rabbit and collie dog, although my boyfriend felt that the dog resembled a cat more than anything else…

The original project suggested using these as toys for children, cake toppers or gifts for baby showers. I really enjoyed making them, but I’m not entirely sure what I’m going to use them for at the moment.

Happily, the acrylic paint is waterproof when dry, as well as being non-toxic, so there is no reason why these couldn’t be used by children aged 3+ (if they should want to!) or as cake decorations. I might just use them to create some autumnal scenes on my bookshelf for now…

If I were going to do this project again, I would plan ahead slightly more by looking at clipart of animals and sketching on the peg dolls before starting painting. I would also leave the stomach and face area free of the base colour to avoid having to put so many layers on in order to cover it with a paler colour.

Either way, I had a lot of fun creating these so I may try painting some more exotic animals next time…

What did you think?

Will you try out this cute DIY to make some adorable animal peg animals?

Do you have any other similar DIY crafts that I might enjoy?

Would you like to see more DIY posts (i.e. me failing at DIY, lol)?