Down by the coast, black water swirls and hides its secrets.

Dumfries, 1792. Henry may only be twelve, but he has already begun his training in the Excise, combating smuggling like his father does. But when a large smuggling schooner is stranded nearby, the stakes are high – even with reinforcements, and the newly recruited officer, a poet called Robert Burns.

Musket fire, obstructive locals, quicksand and cannonballs—it is a mission of survival.

As it turns out: Henry has a crucial part to play.

A Scottish smuggling novella based on real events.

The boat drifts. I try to sit as still as possible, so Father doesn’t beat me. He said he would—if I fail him.
A thin layer of black water swills back and forth around my feet and I wish I had taken off my boots, but it’s too late now. Father is standing up as straight as he dares, I suspect. If I close my eyes for a moment, the night can’t get any blacker and there is a joy in that. I squeeze my lids shut so hard it hurts: something I can control. Unlike the many things I can’t. Whether anyone is caught and our mission succeeds.

Whether Old Finlay keeps his word.

And whether the boat holds together, and we live or die.

First impressions: I wanted to read this as soon as I read the summary, especially as it is set in Scotland and based on real events. I have always enjoyed stories about pirates and smuggling (I put this down to reading Jamaica Inn by Daphne du Maurier at an impressionable age) so I was really excited to be invited to be part of the blog tour for this book. 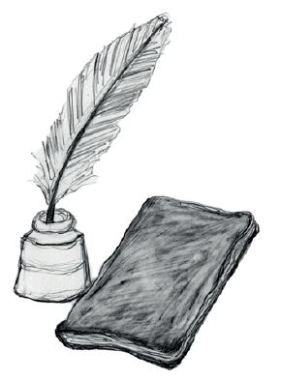 I was drawn into the story immediately, with the scene setting transporting me to a dark night where one sound could mean the difference between life and death. Henry is a character who took up residence in my heart straightaway, as he longs for his father’s approval.

The action continues apace from there, barely letting up enough for you to catch your breath and sweeping you along with Henry as he joins his father (an Excise – Tax –  officer) and the Dragoons on a mission to stop the landing of a large ship full of smuggled goods. I enjoyed Henry’s observations about the fact that his father and those in his trade are rarely popular with the ordinary people, because the taxes imposed on luxury goods are so high that there is little other way for people to afford them unless they are smuggled in illegally. I had not known that Robert Burns the famous poet) had anything to do with the Excise Service though, so I was really surprised to see him appear in the story!

Below is the song that Robert Burns is mentioned to have sung as the Excisemen gather to decide what to do about the smuggler’s ship, followed by the one he composes about the Exciseman:

This book was a fast-paced and thoroughly enjoyable read which is sure to spark an interest in finding out more about the history of smuggling!

I expect the momentary flash of musketry, the bang of a cannon, but the waves and the gulls are the only sounds. Even our horses are calm again, as if a man hadn’t just taken his life into his hands, on account of the Excise.
Will that be me? One day? Will anybody ever call me a brave and devoted servant of the state?
I fancy I can feel myself growing half an inch just thinking about it. Maybe there are stories of bravery and gallantry to be had in the Excise service after all.

What I liked: The fact that it is based on real events, Henrys character and the father-son relationship, how Henry wants his father’s approval but is also developing his own morals and makes his own choice when it comes to dealing with Old Finlay and his granddaughter. The interior illustrations by Sandra McGowan were really lovely and added to the atmosphere of the book!

Even better if: This novella is perfect as it is, but I am now desperate to find out more!

How you could use it in your classroom: This would be perfect for any primary school library. It is a short book, therefore not intimidating, but it contains a wealth of description, interesting characters and is sure to spark an interest in finding out more about smugglers and trade.

Here are a few words that might come in handy if you are panning to teach with this book:

dominie – Scots language and Scottish-English term for a schoolmaster

firth – a word used for coastal waters, a strait, similar to fjord

There is also a useful glossary included at the back of the book, alongside historical notes.

First and foremost, my writing is aimed at children, but I also enjoy dabbling in short stories and Drama. In addition, I write reviews of books, theatre, music and spoken word events for The Wee Review, plus a book-ish column for my local newspaper.

I’ve been part of the process of re-starting a book festival in my hometown of Inverness (NessBookFest has taken place three of times now) and run a free class for those interested in writing for children at Eden Court Theatre.

Oh yes: And I do have a soft spot for all things puppetry. You have been warned!

What did other people think?

Don’t miss the other stops on this blog tour:

Get Kids into Books

While you’re here, why not check out my reviews of A Treason of Thorns, Shadow Weaver, It’s a No-Money Day, An Illusion of Thieves or A Different Pond?

a book blog for parents and teachers

amysreadingnookvideo.wordpress.com/
Books, Life and Other Oddities

Fun and detailed book reviews on all genres!

Where life and fantasy mix.