Thirteen-year-old Joelle Breton stumbles across Indian-born RAF pilot Mohinder Singh when his plane crashes in occupied France and it’s up to her and her parents to hide him from the Nazis. After all, her parents are brave members of the French Resistance and will do everything they can to help get Mohinder back to Britain. But when they are betrayed and tragedy strikes, Joelle and Mohinder will have to act fast if they are ever to evade the enemy.

Buy a copy on Amazon.

‘I only wish we could go back to before the war.’

‘Me too,’ she replied, ‘That’s the thing about life, Joelle. We can never go back. The past shapes us. It makes us who we are. It cannot be undone. All we have is what we make of tomorrow.’

First impressions: I was interested in reading this as soon as I saw it, mostly because I have read several other books written by Bali Rai and have really enjoyed them. When I saw in the synopsis that this book was historical fiction and follows a young Sikh soldier in the RAF I knew that I had to read it. I really liked Now or Never, a story set in Dunkirk and I think it;s really important that history isn’t whitewashed – we need to see every view represented and it should be acknowledged how many soldiers from the Indian subcontinent fought for Britain – around 2.5 million!

The story begins with Mohinder’s grandson wanting to find out more about his family and doing so by talking with a mysterious woman who knew his grandfather during the war.

Joelle was just a child during the German occupation of France and she grows up in a family who are part of the resistance. She is keenly aware of how her childhood has been torn away and yet is steadfast in resisting the Germans and doing everything she can to defy them.

When a plane crashes near her home she discovers a young RAF pilot, Mohinder Singh, a Sikh from PUnjab who signed up to fight for the British. It is Joelle’s first time meeting a Sikh and through her questions we learn a lot about Mo and his view on life. Through a series of events, Joelle and Mo become almost like family with a strong father-daughter-like bond forming between themThe story is fast-paced and, at times, really quite shocking in the violence and brutality shown throughout. For this reason, while an excellent book and an essential addition to any library stocking books about World War Two, I would advise reading this before passing it on to more sensitive readers.

A fantastic insight into life under German occupation which shines an important light on the role of Indian soldiers fighting for the British.

What I liked: Spotlight on the role of Indian soldiers in the second World War, Mo’s philosophy, how every character (save the baddie!) is really fleshed-out in just a few words, the fast-paced story with real heart.

Even better if: I would have liked it is there had been an afterword with some historical notes or context – this would really cement this as an essential classroom resource. The ending was a little abrupt so could have been rounded off with some notes on what

How you could use it in your classroom: This should be in any collection of narratives about the Second World War, alongside Now or Never: A Dunkirk Story, as it is important to have representation from all forces and nationalities involved in the wars. As mentioned above though, be careful with younger or more sensitive readers.

What did other people think?

Don’t miss the other stops on this blog tour! 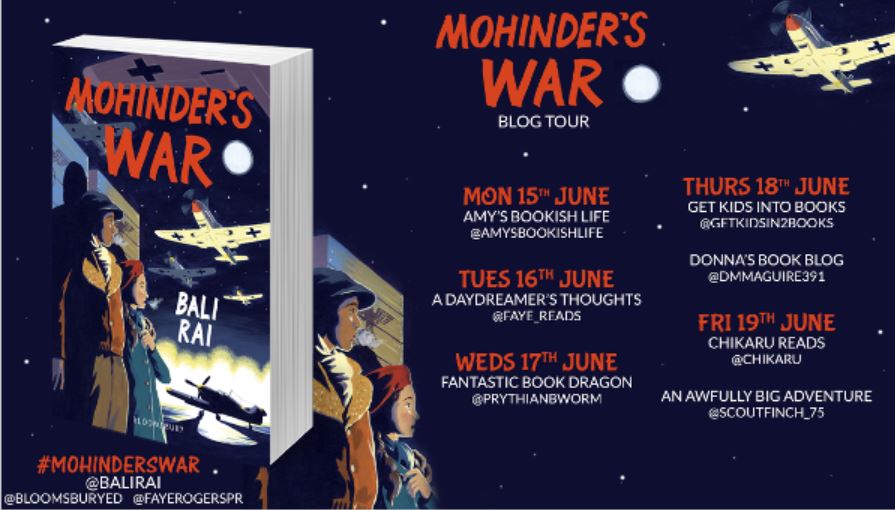 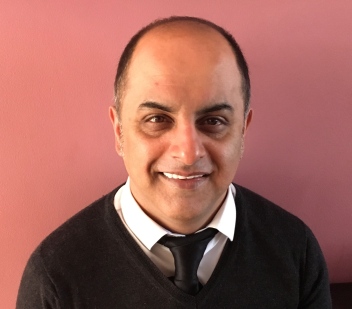 Bali Rai has written over forty novels about teenagers and children. Born in Leicester, his writing is inspired by his working-class, multicultural background. A leading voice in UK teen fiction, Bali is a passionate advocate of libraries, reading for pleasure and promoting literacy. He has nearly twenty years of experience in working with young people across the UK and further afield and is extremely popular with schools. He has been nominated for and won numerous awards since 2001.

While you’re here why not check out my reviews of Wolf Children, Black Water, White Feather, Romanov, Lancelot, Time School or Houdini and the Five-Cent Circus?