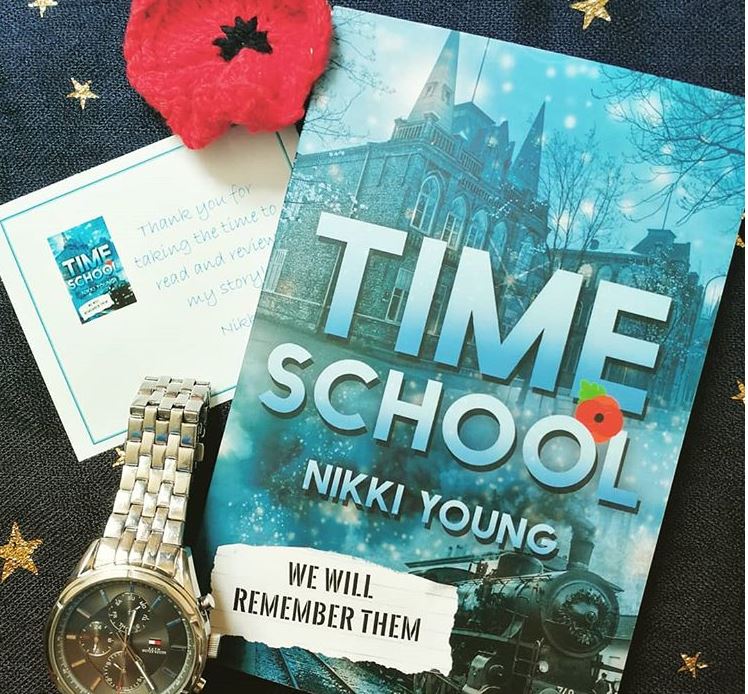 A power cut and a series of mini disasters means friends, Jess, Nadia, Tomma and Ash barely make it to the station to catch their train to school. What they find is a far cry from the usual packed commuter train they’re expecting…

When they arrive at Hickley School, the children are surprised to find some of the buildings missing and they don’t recognise any of the other pupils, who are all dressed in a different style of uniform. The only person who takes the time to help them is Martha, despite being preoccupied by her own worries about her family being hungry and not hearing from brother, Henry whom she says is away fIghting.

The children soon realise this is no normal day and it’s not until they return home that they’re able to figure out what happened. What they don’t know is whether it was a one-off day, or if they will get to see Martha and the other pupils again. Jess hopes so. She has something she needs to tell Martha. Not knowing how or why, she feels a connection and an obligation to this girl she can’t explain.

‘For some reason, we were meant to get on the train late this morning, so we could come back to this moment in time, but why?’ Tomma said.

Jess shivered. ‘I don’t like the sound of that. What if we can’t get back until we’ve done whatever it is we’re supposed to do?’

Jess is organised and responsible, not the type of girl to be late or get into trouble. Yet, after a power cut causes all the alarms in the house to fail, she is forced to race to the station to get to school on time. The normal carriages are already full, but there is an old carriage attached at the back, probably to deal with the crush of people going to work or school. Yet, when Jess and her friends get off at the other end, it seems as if they have travelled through more than just space, but also time…

The story follows the four friends as they negotiate an earlier time, noticing the differences and similarities with their school and town in modern day. Before long, it becomes clear that they have travelled back to 1918, there is some connection with the clocks stopping in the middle of the night, and that there must be some reason for them to be dragged back.

I really enjoyed how carefully the Britain of 1918 was evoked, through details such as the clothes people were wearing or their daily routine. We learn so much about those who went to war, but the societal changes happening at home were also revolutionary. I also liked how this was linked to the children’s school in modern-day Britain, where the memorial to those who died in the war has been tucked into a dusty corner, rather than at the forefront of people’s minds. I think that this is sadly reflected in many places around the U.K. and the world. You only have to keep an eye out for the war memorials in every town and village to understand just how many lives were touched by the First World War and imagine the sacrifices made, both by those who fought and those who held the country and their families together while the war continued. However, it only takes a few generations for these sacrifices to be minimised or forgotten.

This is a great introduction to life during the war or a companion book to other books exploring the theme in more depth.

The author has mentioned that this is the first in a series so I am curious to read more and see if they will be looking at different historical periods – definitely one to watch!

Nadia looked at Jess. ‘Come on Jess, it would be amazing. How often do you get to see history in the making, or even history that’s already been made? I mean, it’s surreal. We’re talking about going back in time to witness the end of the First Wold War. We have to, right?’

What I liked: Attention to historical detail, looking at the lives of people at home during the war and not just those in the trenches, Jess’s friendship group.

Even better if: The budding romance felt a bit forced to me, although it may be developed further in future books.

How you could use it in your classroom: This would be a fantastic book to use in Year 6 when studying the First World War or as a book to complement others about war and peace. This could also be an entry point for children to read about historical periods in fiction and make learning painless.

(Thank you to the author, publisher and Anne Cater for my review copy)

Don’t miss the other stops on this blog tour:

Also, don’t miss my interview with the author here.

While you’re here, why not check out my reviews of Wolf Children, The Gilded Shroud or On the Spectrum?